Ted and Jo met at his father’s church in Arkansas during their high school years. They were married in 1976 and now have two married children and five grandchildren. Jo came to know Christ as a nine-year-old in Hot Springs, Arkansas; Ted was saved at the age of nine in Mobile, Alabama. Ted attended Baptist Bible College in Springfield, Missouri while Jo went to Ouachita Baptist University in Arkadelphia, Arkansas. In 2003 God led the Mocks to move to Tennessee and begin representing the Lighthouse Children’s Homes, a ministry that provides quality Christian training for wayward, needy and unloved homeless children in the US and around the world. Over the years Ted and Jo have been successful church planters and full time ministry workers, but the Lord has always kept them serving in their “forte” – children’s ministry. The Mocks continue to represent the homes and assist with special projects for six homes in foreign countries. Currently they reside in Powell, Tennessee, and travel rep 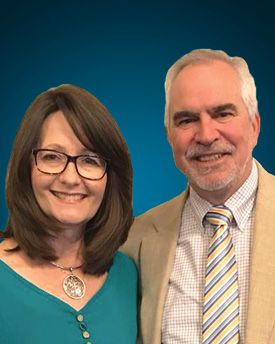 Workshops by this speaker

Contact Us
This email address is being protected from spambots. You need JavaScript enabled to view it.
Hosted by the
First Baptist Church of Milford
1367 Woodville Pike
Milford, OH 45150
513-575-1705